Be the first to review this product
Request for Price
In stock
SKU
298464161531
MacBook Air - Thinnest, lightest notebook, completely transformed by the Apple M1 chip. CPU speeds up to 3.5x faster. GPU speeds up to 5x faster. Most advanced Neural Engine for up to 9x faster machine learning.
Skip to the end of the images gallery 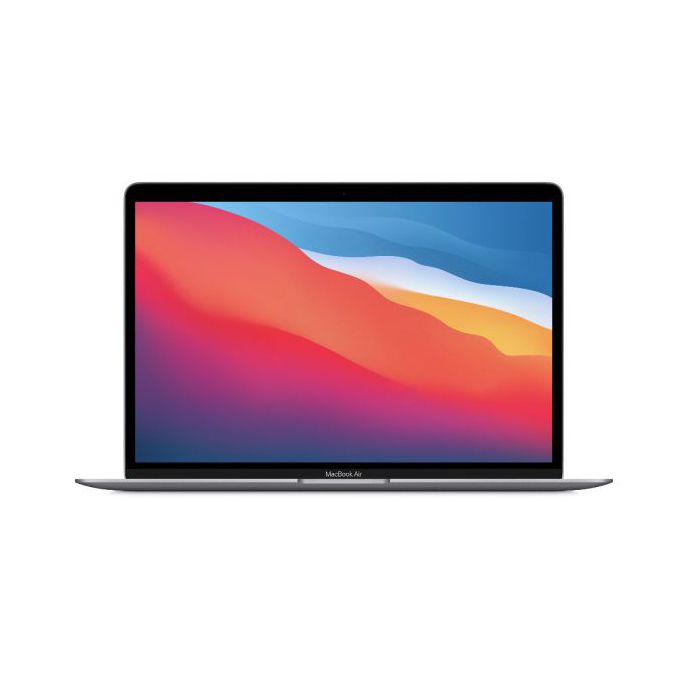 Skip to the beginning of the images gallery
Details

Apple's first chip designed specifically for Mac. Packed with an astonishing 16 billion transistors, the Apple M1 system on a chip (SoC) integrates the CPU, GPU, Neural Engine, I/O and so much more onto a single tiny chip.

Fastest CPU ever made. With that kind of processing speed, MacBook Air can take on new extraordinarily intensive tasks like professional-quality editing and action-packed gaming. But the 8-core CPU on M1 isn't just up to 3.5x faster than the previous generation - it balances high-performance cores with efficiency cores that can still crush everyday jobs while using just a tenth of the power.

Up to 9x faster. Even for a 16-core Neural Engine, that's a lot to process. Apps on MacBook Air can use machine learning (ML) to automatically retouch photos like a pro, make smart tools such as magic wands and audio filters more accurate at auto-detection, and so much more.

macOS Big Sur transforms Mac with major performance benefits and so much more. Powerful updates for apps. A beautiful new design. Industry-leading privacy features and best-in-class security. It's our most powerful software ever - running on our most advanced hardware yet.

Images take on new levels of detail and realism on the brilliant 13.3-inch, 2560x1600-resolution Retina display. Text is sharp and clear.

The image signal processor in the M1 chip helps you look your best for every FaceTime call and video conference. Three built-in microphones make sure what you say gets heard whether you're on a call, dictating a note or asking Siri about the weather.

13.3-inch (diagonal) LED-backlit display with IPS technology; 2560x1600 native resolution at 227 pixels per inch with support for millions of colours.